A small selection of spherical panoramas documenting the visual alignments made possible by the Relics Photosphere at this majestic site. 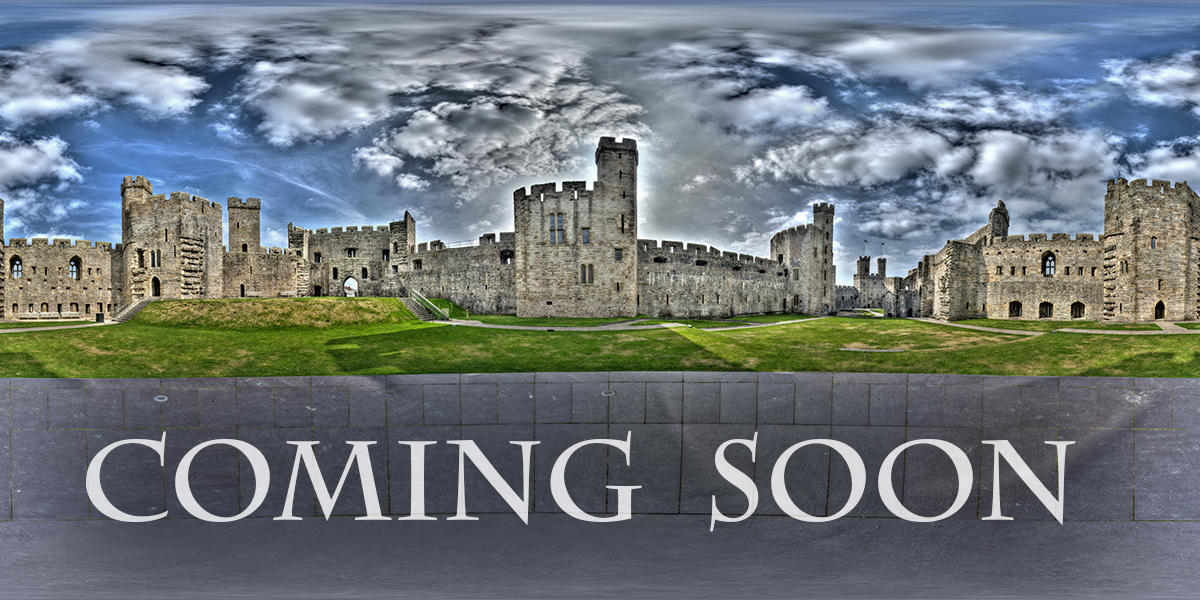 A number of examples of the unique visual alignments made possible by this medium. 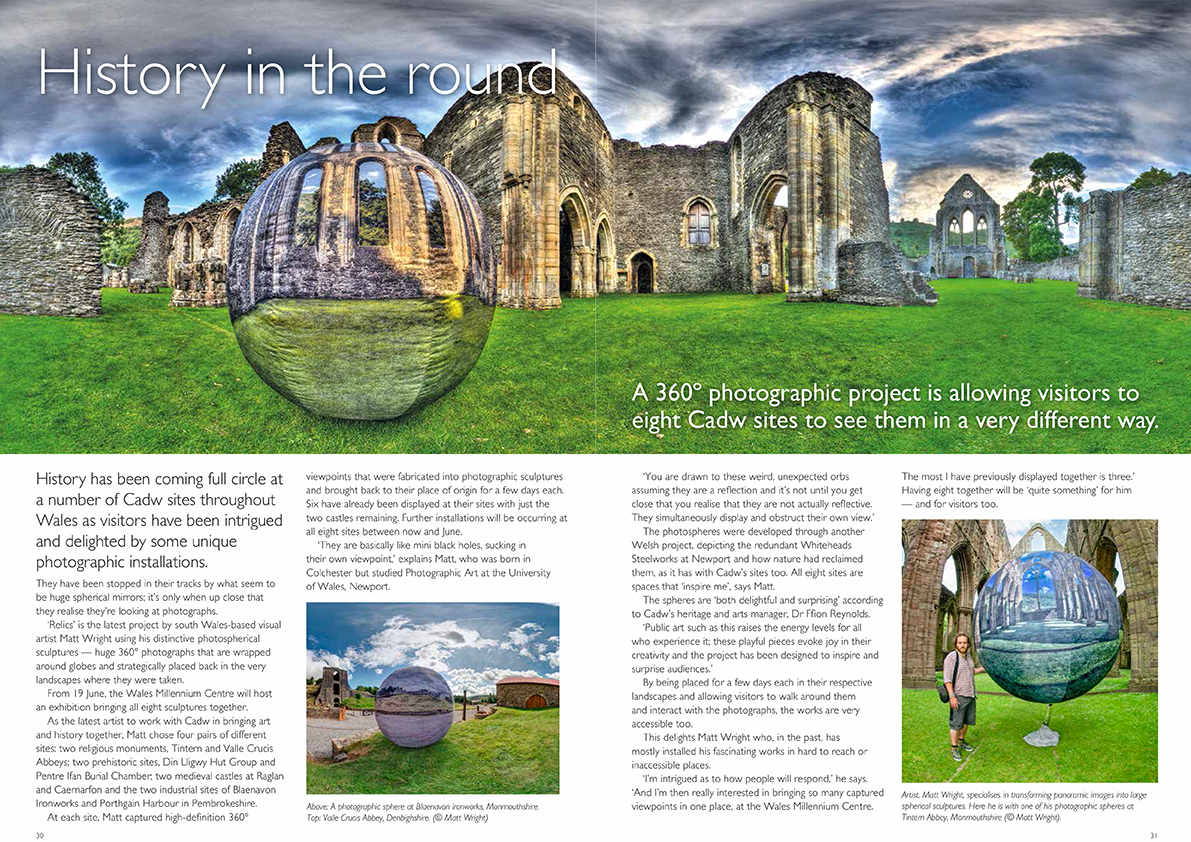 An article in this month´s magazine `Heritage in Wales´ gave information about the public installations undertaken so far for the Relics project. 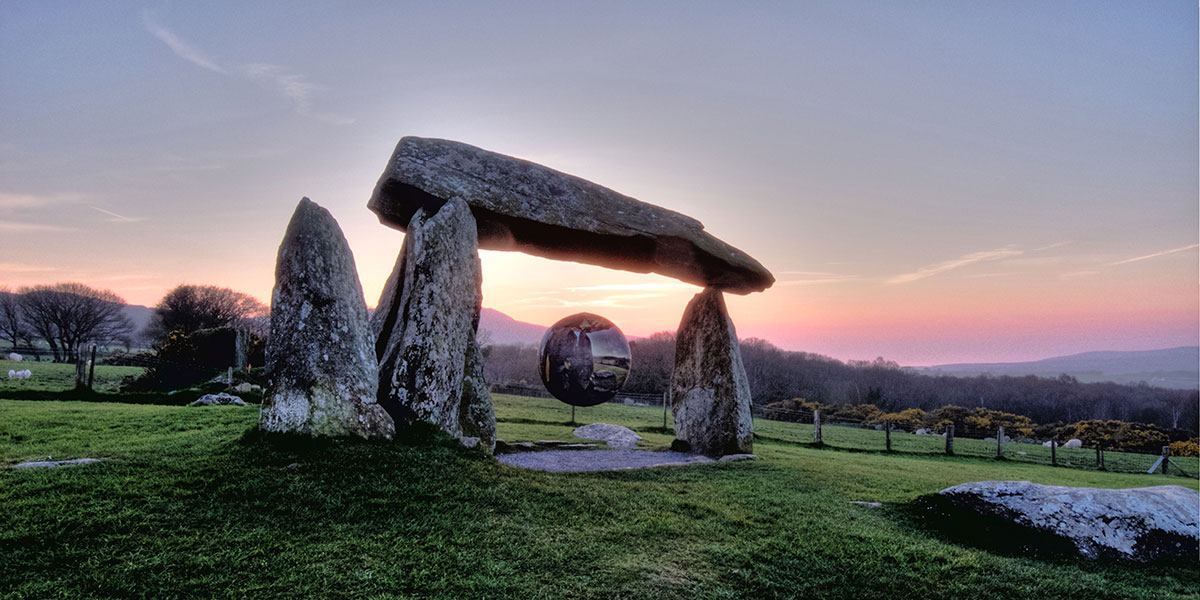 We have just returned from a beautiful night and morning shooting at Pentre Ifan Burial Chamber in Pembrokeshire. The sphere looked simply out of this world and some great time-lapses were crafted under the stars. For this installation I was assisted by Janire Najera & Michal Iwanowski, who were incredibly helpful with all the kit and were great company throughout.

It was great to meet two separate couples at the site who had both witnessed the Tintern Abbey Photosphere earlier in the week. It seems Wales is sometimes smaller then you think! 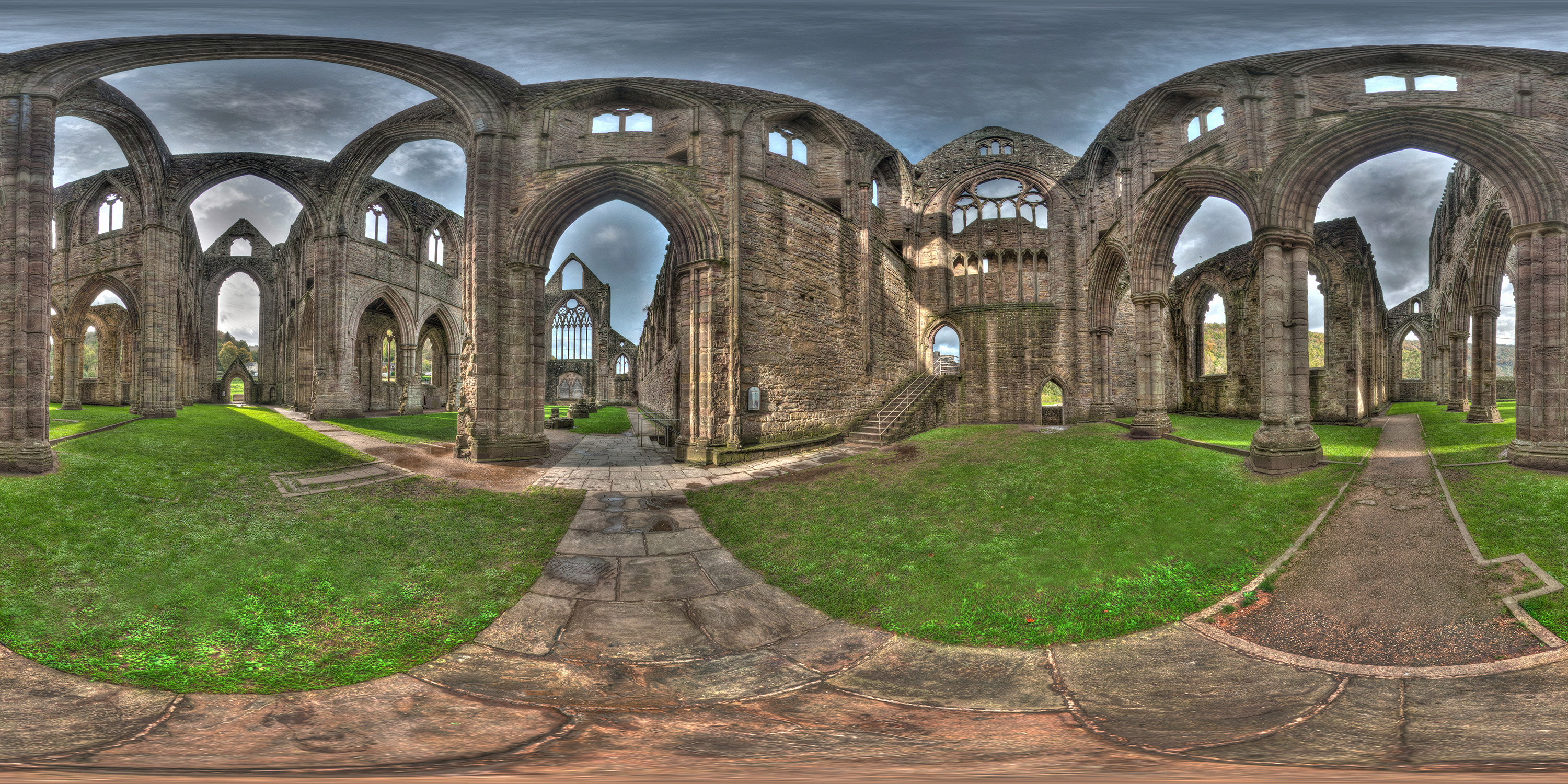 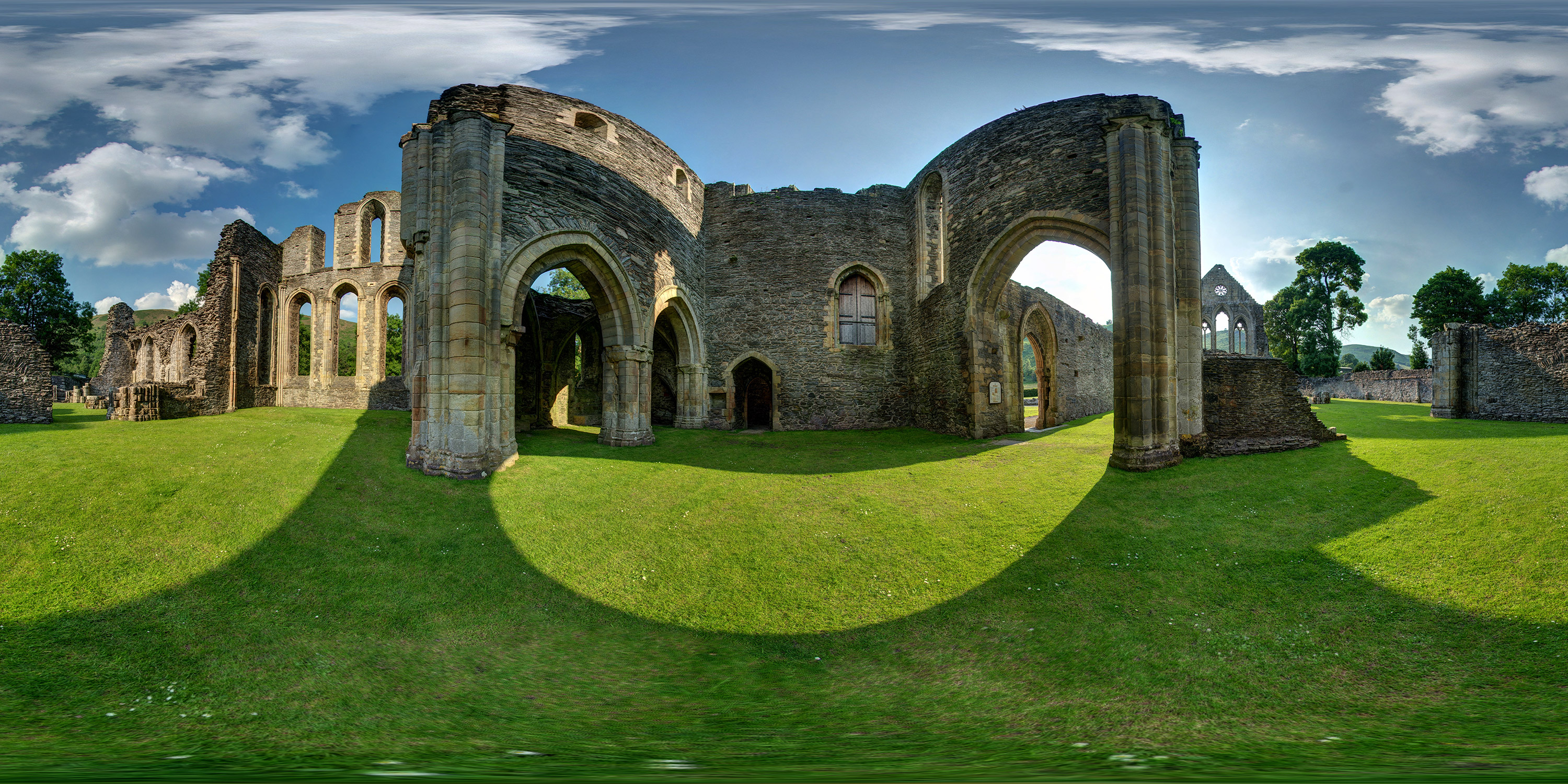 Valle Crucis Abbey (Valley of the Cross) is a Cistercian abbey located in Llantysilio in Denbighshire, Wales. More formally the Abbey Church of the Blessed Virgin Mary, Valle Crucis it is known in Welsh both as Abaty Glyn Egwestl and Abaty Glyn y Groes. The abbey was built in 1201 by Madog ap Gruffydd Maelor, Prince of Powys Fadog. Valle Crucis was dissolved in 1537 during the Dissolution of the Monasteries, and subsequently fell into serious disrepair. The building is now a ruin, though large parts of the original structure still survive. Valle Crucis Abbey is now under the care of Cadw. 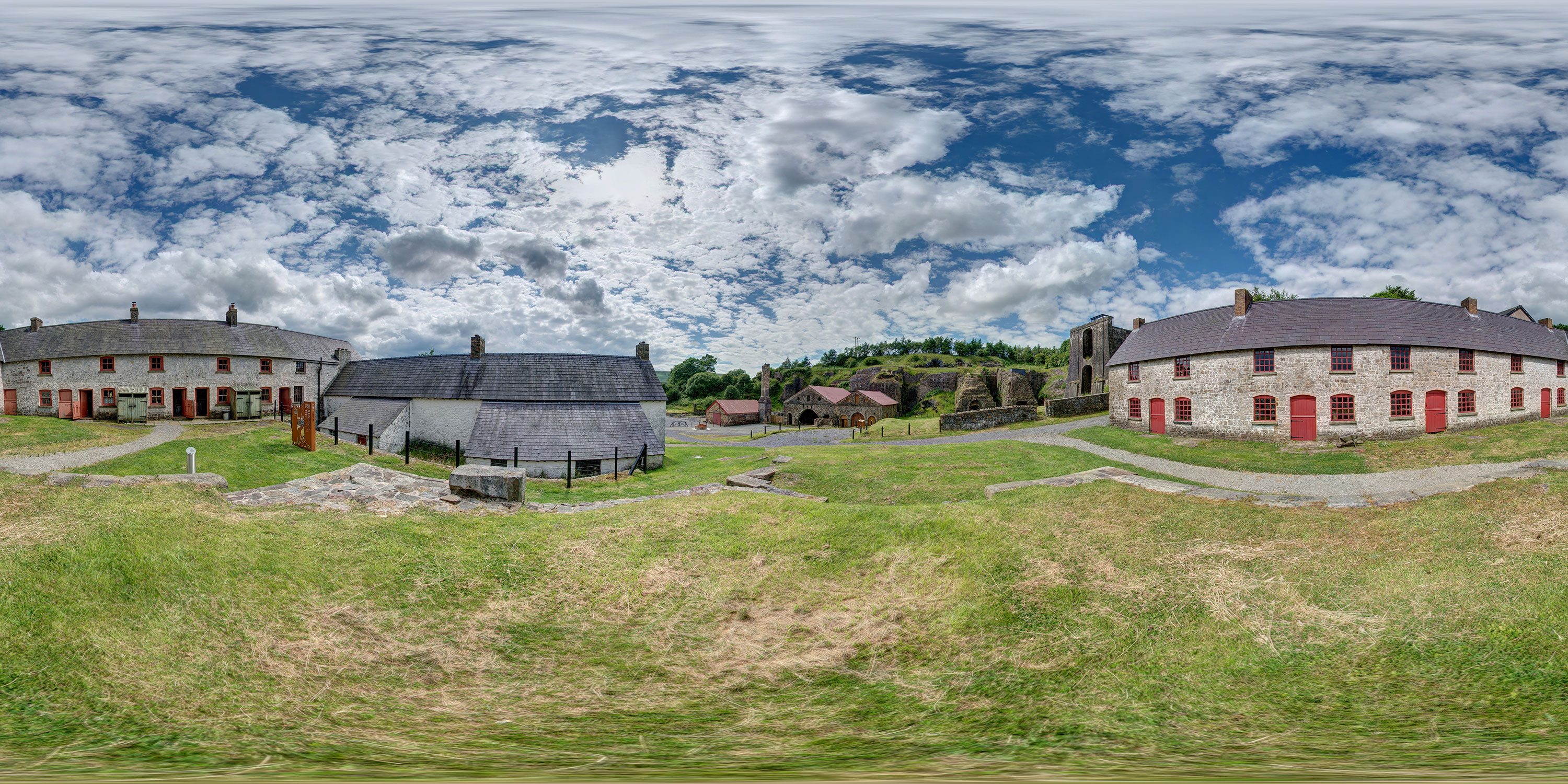 Blaenavon Ironworks is a former industrial site which is now a museum in Blaenavon in Wales. The ironworks was of crucial importance in the development of the ability to use cheap, low quality, high sulphur iron ores worldwide. It was the site of the experiments by Sidney Gilchrist Thomas and his cousin Percy Gilchrist that led to “the basic steel process” or “Gilchrist-Thomas process”. The ironworks is on the outskirts of Blaenavon, in the borough of Torfaen, within the Blaenavon Industrial Landscape World Heritage Site.