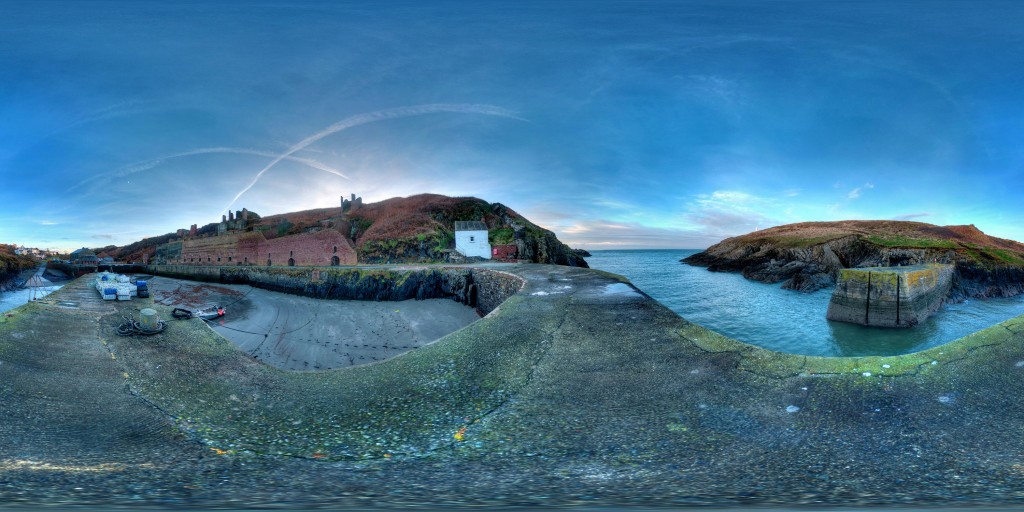 Porthgain is a small coastal hamlet on the north coast of St Davids Peninsula. At one time, the harbour exported slate from quarries a few miles south at Abereiddi, Trwynllwyd and Porthgain itself. In later years the slate trade was abandoned, although Porthgain survived by turning to brickmaking, and later to crushed roadstone. In 1987 Porthgain was designated as a conservation area. The harbour, still home to local fishermen, can get very busy in the summer with recreational boaters and hikers.