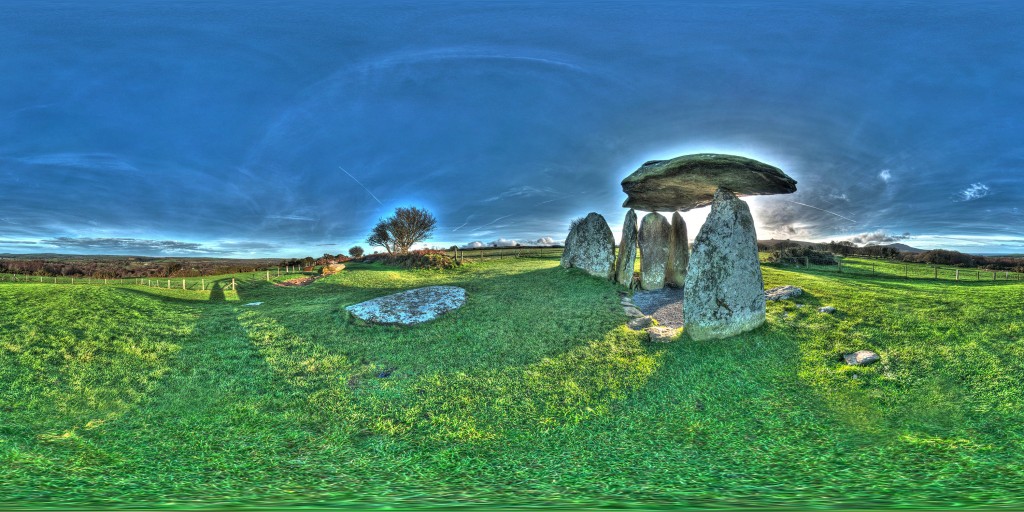 Pentre Ifan is the name of an ancient manor in the civil parish of Nevern, Pembrokeshire, Wales. It contains and gives its name to the largest and best preserved neolithic dolmen in Wales. The Pentre Ifan monument is a Scheduled Ancient Monument and was one of three Welsh monuments to receive legal protection under the Ancient Monuments Protection Act 1882. As it now stands, the Pentre Ifan Dolmen is a collection of 7 principal stones. It is estimated to weigh 16 tonnes and rests on the tips of three other stones off the ground.There are six upright stones, three of which support the capstone. Of the remaining three, two portal stones form an entrance and the third, at an angle, appears to block the doorway.