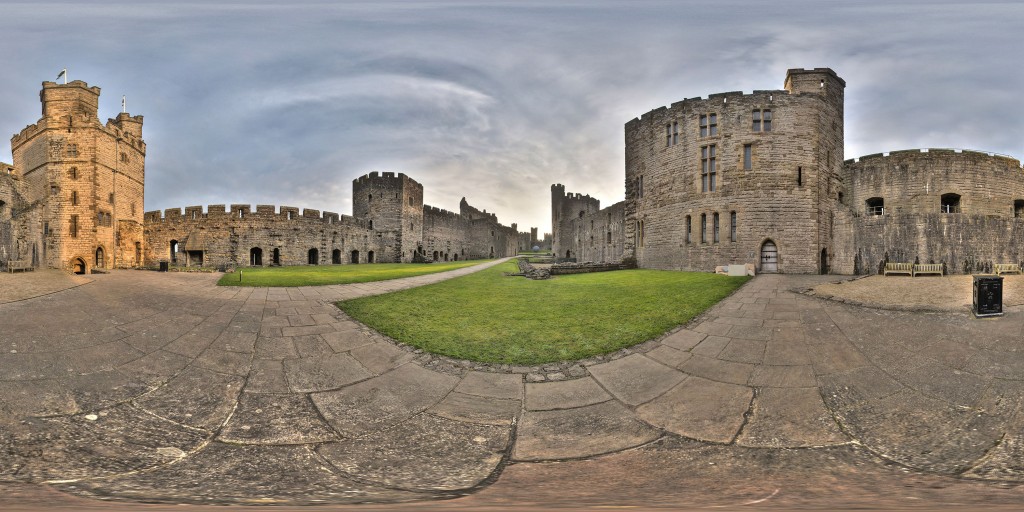 Caernarfon Castle (Welsh: Castell Caernarfon) is a medieval fortress in Caernarfon, Gwynedd, north-west Wales cared for by Cadw, the Welsh Government’s historic environment service. There was a motte-and-bailey castle in the town of Caernarfon from the late 11th century until 1283 when King Edward I of England began replacing it with the current stone structure. The Edwardian town and castle acted as the administrative centre of north Wales and as a result the defences were built on a grand scale.